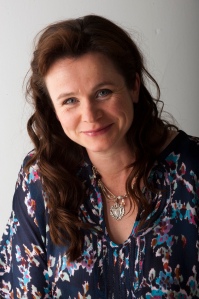 ''This felt like an important story to tell, and really worthwhile." Emily Watson, about acting in 'Oranges and Sunshine'

When Emily Watson first worked in Australia, it was back in 2005, on the extraordinarily difficult shoot of John Hillcoat’s Western The Proposition. “We were staying in Winton, right there on location in the outback and it was just so unbelievably hot [with temperatures up to 50 degrees] that it was insane!” she says with a laugh on the phone from London. “But shooting Oranges and Sunshine was tough in a different way. My mother passed away just as we were about to start shooting in Australia and I had to go home and then come back. I was very fragile, and the material was very… ’emotionally stretching’, I would say.”

The material Watson is speaking about is the true story of Margaret Humphreys, a Nottingham social worker who discovered one of the most significant social scandals of recent times. Working during the 1980s, she began to learn that thousands of children in state care had been deported from the UK to Commonwealth countries, a practice which only finally ceased in 1970. A large number of these now-adult children were living in Australia, completely estranged from their families, and dealing with the aftermath of growing up in institutions, where many had suffered horrific abuse. Promised ‘oranges and sunshine’, the children had instead been used as free labour, and even found themselves with debts to pay back for their ‘board’. Working almost single-handedly, Humphreys set about researching and reuniting thousands of families, a process that is documented in her book Empty Cradles. A version of that story is now told again in Oranges and Sunshine, a feature film directed by Jim Loach, written by Rona Murray and produced by Camilla Bray and Emile Sherman. 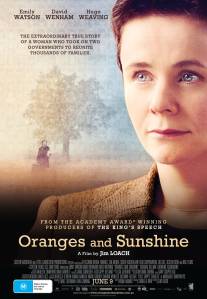 The choice of Emily Watson to play the real life Nottingham social worker seems perfect. The two time Academy Award® nominee (who has won a multitude of other awards) has starred in a diversity of arthouse fare like Breaking the Waves, Hilary & Jackie, Angela’s Ashes and Wah Wah. She’s known for the quirk and intensity she brings to her roles, which are never the bland and pretty girlfriend parts. There’s a steely strength alongside the warmth and tenderness of her persona, which makes Watson a natural fit to play the no-nonsense Margaret Humphreys, a woman who becomes a kind of mother and champion to the damaged people she encounters (two of whom are impressively depicted by David Wenham and Hugo Weaving). As the film’s director, Jim Loach, says in the press notes, “I just fundamentally felt that I could believe her as a social worker. For an actor of a certain stature, it’s a challenge to put them in a tower block in Nottingham and really believe it.” And with Emily Watson, believe it we certainly do.

AFI: What were the aspects of this character that attracted you most?

Emily Watson: One of the things I wanted was to show her goodness. In a very understated way, and without trying to be so, she’s just a very moral person. She’s driven by a sense of moral duty and justice, and she just gets on with it, often making massive sacrifices.

AFI: The first scene in this film actually shows Margaret, in her role as a contemporary social worker, removing a baby into care, taking it away from its mother. Even though this is traumatic, it’s done with care and gentleness, and the sense that this baby is going to retain some contact with its family. That’s an interesting counterpoint to the rest of the story of those other children who were removed from their families, isn’t it?

Emily Watson: Yes, I think that’s an interesting point of entry into the film, in terms of social work. Social workers are very pleased about this film generally, because they feel it’s the first time they’ve had a positive portrayal in film. You don’t usually see social workers in film, and when you do they’re certainly not the hero. It’s usually in term of them taking away kids and splitting up families. Social workers get quite a bad rap, usually. 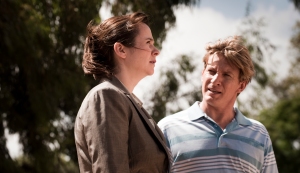 Len (David Wenham) shows Margaret (Emily Watson) Bindoon where he grew up in the film 'Oranges and Sunshine'.

AFI: The film shows Margaret Humphreys taking on an enormous burden – in hearing and documenting and fighting for the rights of all these displaced people. She comes close to a nervous breakdown, so she really pays a heavy price for doing so, doesn’t she?

Emily Watson: Yes, what she did was just extraordinary. She kept going because she had to. She didn’t have an infrastructure or system to support her, and yet she just kept going. She set it up. She made it happen. She absorbed a lot of other people’s pain and stress and hurt, and I think that takes its toll. In fact she was diagnosed with post-traumatic stress disorder because of the impact of what she’d been hearing.

AFI: The film is also interesting in terms of portraying a working mother. She struggles with the fact that she has to leave her children for long periods of time. Did you identify with that work and motherhood conflict?

Emily Watson: For a woman with children it’s very, very hard. I have to live it in my life. I have to go away to work, and with two small children it’s very tough. And I’m just an actress! What I do is nothing compared to what she was doing, the challenging territory she was dealing in. But it was a very great pleasure to be involved in something that felt worthwhile in a way. 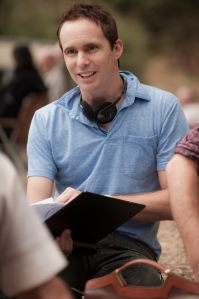 AFI: What was director Jim Loach like to work with?

Emily Watson: He’s great. Jim is very good at surrounding himself with like-minded people. He’s very gentle. On a lot of sets there’s all this testosterone flying round, directors with great big macho egos striding around. But Jim’s not like that. His way of working is very simple and calm. This was a pretty low budget film [A$4.5 million] and it had an intimate feel to it – none of that posturing and bullshit going on.

AFI: Jim’s father is the renowned UK director Ken Loach, who is also an executive producer on the film. Did you have much to do with him?

Emily Watson: He wasn’t around much but he was definitely involved through his production company. It was interesting, I went to a screening of the film early on and there was the film’s lawyer there. And I said to him, ‘how are things in the film world?’ – you never know what to say to film lawyers! And he said, ‘I don’t really know. I’m a human rights lawyer actually, and I only do this as a favour to Ken Loach.’ So that’s the kind of person Ken Loach is – his film lawyer is a human rights lawyer!

AFI: You have an extraordinarily long list of awards and nominations. What’s it like for you when you win or are nominated for an award? Do you enjoy that part of the job?

Emily Watson: It’s always nice to be recognised for your work. It’s always chuffing. If you’re on the campaign trail with a movie when the distributor is trying to go after awards, that’s always intense and incredibly hard work. Oscar nominations don’t happen by themselves. You have to do a hell of a lot of…It’s a bit like a political campaign. You have to, um, ‘make your presence felt’ is probably the best way of putting it. It’s not my favourite part of the job.

AFI: What is your favourite part of the job?

Emily Watson: Being on set and just working, just doing it. I just find every day of acting thrilling and exciting and very, very satisfying.

AFI: Are there certain kinds of roles you’re sick of being asked to play?

Emily Watson: I tell you, my priorities have changed. It used to be all about the part, and the director, and the ‘high art’ of it all. But now, it’s all about where it’s shooting, and for how long. And is it in the school holidays? And for how much money? Practical considerations, because it’s all about my children.

AFI: Thanks for speaking with us, and best wishes.

Oranges and Sunshine is in national release from 9 June, 2011.